Episode 6
Fleabag is a thirty three year old single woman and the main character of the eponymous series. She is played by Phoebe Waller-Bridge.

Fleabag is a goodlooking woman in her thirties. She is tall, slender, and has dark brown curly hair that she wears short. In the second season, she gets a fringe hair cut. Fleabag often wears a dark tinted lipstick and modest makeup.

Her outfits are generally simple, although she gets critiques about what she wears from her sister, Claire, and her best friend, Boo.

Fleabag is relentlessly snarky and sassy. She can't help but crack a joke, even in the most inappropriate moments. She has a lot of sexual encounters, although few with real meaning. She is interested in men most of the time, although occasionally women. Fleabag is open minded and generally up for whatever and whomever.

Deep down, Fleabag has a great heart. She is always there for her sister and tries to protect her, even when Claire resists.

In Season 1, Fleabag runs her own "guinea-pig-themed" café, which is slowly failing as she gets approximately one customer a day. She refuses to let the café go. She tries to get a loan to keep it going and even considers asking close family members for money. Fleabag opened the café with her best friend, Boo. Boo died so now Fleabag runs it alone.

Fleabag doesn't have many friends. She is traumatized after Boo's suicide/accidental death, where Boo ran into traffic after finding out that her boyfriend cheated on her (with Fleabag, although Boo didn't find that out). Fleabag lives with the guilt every day and often thinks back on good times with Boo.

Fleabag has a tense, but close, relationship with her sister Claire. They support each other, but bicker often since they are complete opposites. At Claire's birthday party, Claire's husband Martin kisses Fleabag. She pushes him off and tells Claire. Claire tells her she doesn't believe her and they stop talking for an entire year.

Fleabag makes attempts to get her life in order. The café is successful again, she stops having sex with random (and not-random) men, and she tries to eat and dress better. After a full year, she sees Claire at a family dinner (celebrating the engagement of her father and godmother). Claire has a miscarriage in the bathroom at the restaurant, and Fleabag tries to get her to go to the hospital. After this event, they sort of make up and start to see each other.

Fleabag meets The Priest at this dinner, whom she finds peculiar but intriguing. She develops a big crush on him, despite the fact that he is a Catholic priest who cannot have sex or relationships. They form a flirty friendship, where he asks her about a lot of her personal issues. 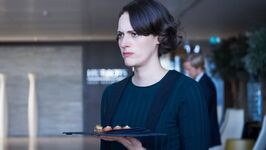 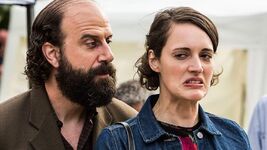 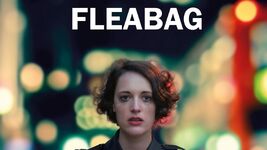 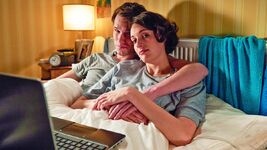 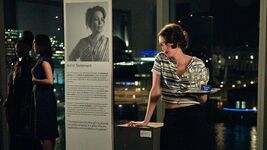 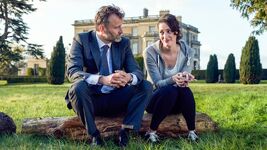 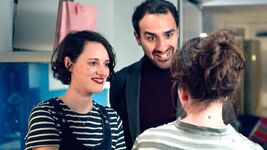 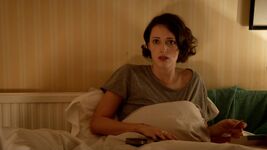 Add a photo to this gallery
Retrieved from "https://fleabag.fandom.com/wiki/Fleabag?oldid=241"
Community content is available under CC-BY-SA unless otherwise noted.